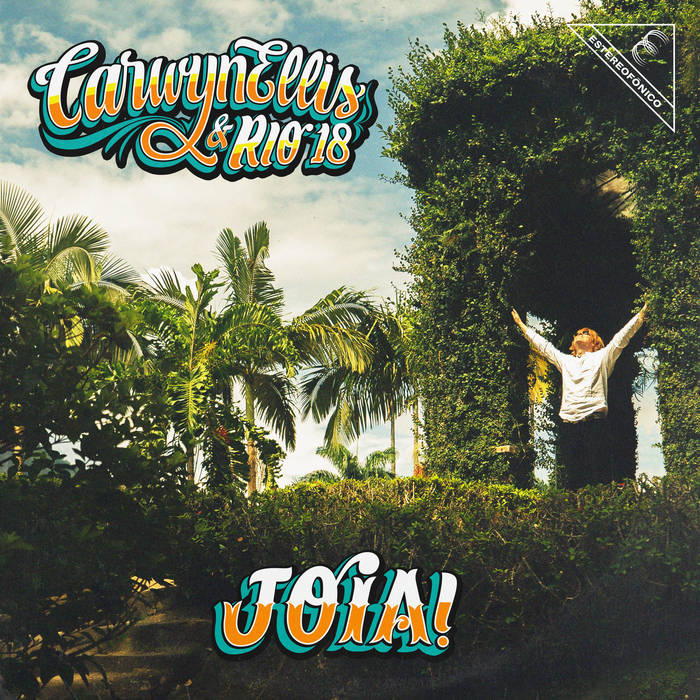 Carwyn has spent much of the last two years touring the world as a sideman with the Pretenders, and it was Chrissie Hynde herself who noticed how many records he was buying while on tour in South America in early 2018 and suggested he make a Latin-flavoured Welsh language album.

“I've been a big fan of Brazilian music for many years now, having been introduced to the music of Joao Gilberto initially, and then via him to Baden Powell, Vinicius de Moraes, Quarteto Em Cy (my favourite vocal group) and eventually a multitude of other wonderful artists from the Bossa Nova and MPB era through the Tropicalia, Samba Soul and funk styles to the anything-goes hotbed of influences that is current Brazilian alternative music,” explained Carwyn. “The tour with the Pretenders was my first time on the continent and it had a huge impact on me.”

She then introduced him to Kassin, the legendary Brazilian producer and multi-instrumentalist. The two hit it off immediately when they met in London in the Summer of 2018, and Kassin suggested that Ellis travel to Rio to work together on an album, along with some of Rio's finest musicians. This they did, and Ellis took the resultant recordings back to Wales to add some further Welsh magic to them.

“Last October, Kassin called to tell me he had a week free in November and would I like to come to Rio to record. Yes, I said - of course! So, we had the dates. Now I just had to write something,” explained Carwyn about the start of the process of working with Kassin.

“So I rocked up in Rio last November with a batch of fresh songs, all in Welsh, and began recording with Kassin at his Audio Rebel studio. He'd assembled a team of phenomenal musicians to join us: Domenico Lancellotti (the +2's, drummer with Gilberto Gil and brilliant artist in his own right), Andre Siqueira (incredible percussionist and member of Ivan Lins' band) and the magical Manoel Cordeiro, mercurial guitarist from Belem in the Amazon Delta in the far north of Brazil. Amazing musicians and wonderful people every one.”

Carwyn finished off the album with sessions in Wales (featuring Elan and Marged Rhys from Plu, Georgia Ruth Williams, Gwion Llewelyn and Aled Wyn Hughes producing) and London (with the great producer and multi-instrumentalist, Shawn Lee).

The album's title says it all,” says Carwyn. “It means 'groovy!' in Brazilian Portuguese (Caetano Veloso made an album called Joia and Wilson Simonal has an album called Joia Joia) and 'enjoy!' in Welsh. I couldn't have made a more vibrant, colourful, uplifting and downright positive album if I'd tried. JOIA!”

Produced by Kassin, except tracks 4,5 & 8 produced by Shawn Lee
Additional production by Aled Wyn Hughes
Engineered by Mauro Araujo in Rio, Aled Wyn Hughes in Llandwrog and Pierre Duplan in London
Mixed by Shawn Lee and Pierre Duplan
Mastered by Andrea de Bernardi
Recorded at Audio Rebel in Rio de Janeiro, Stiwdio Sain in Llandwrog and The Shop Studio in London
All songs by Carwyn Ellis, except Track 9 by João Gilberto

Featured sounds by K.Spark and WIZDUMB, plus Basi joins the show to discuss his latest release.